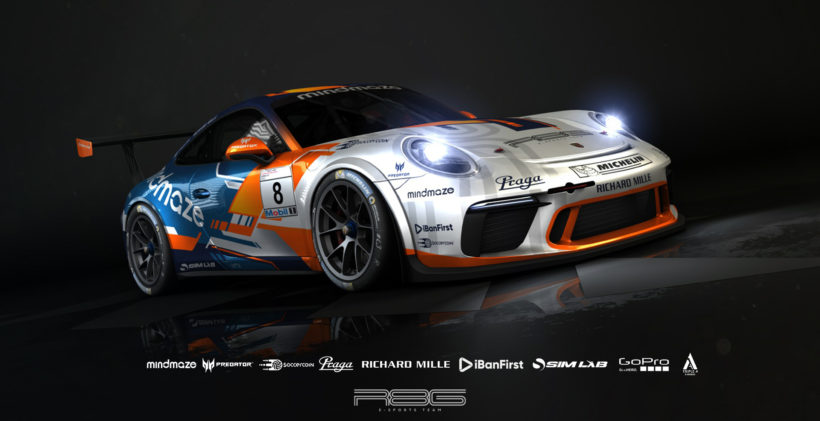 Formula One driver Romain Grosjean is pleased to unveil his own sim racing team that will be supported by a raft of high-profile partners. The R8G Sim Racing Team will compete across various platforms and is determined to become a major force in online racing. It will reveal its official driver line-up later this month.

“Launching my own sim racing team is a proud moment because I’m passionate about motorsport, innovation and embracing new challenges,” said Romain, a driver that has started 164 Grands Prix. “I think the team structure we have created is unique and will be instrumental in helping us to achieve the ambitious targets we have set.

With the support of its partners, the R8G Sim Racing Team will be bidding to bridge the gap between the virtual and real racing worlds. One way it will do this is by giving its drivers and, in time, other talented sim racers, real-world motorsport experience.

Thanks to the team’s partnership with Praga Karts, R8G Sim Racing Team drivers will be given the chance to test with the Praga factory team and potentially go forward to contest the X30 World Championship event at LeMans.

“We’ve all seen the driver talent that is emerging from sim racing and it’simpressive. Our goal is to reward and try to develop those drivers that have the potential to race for real,” Romain added. “That’s an exciting prospect for everyone involved with the R8G Sim Racing Team.”

MindMaze, the neurosciences company that is developing brain technology for driver performance tracking, will be supporting the team and its drivers during its forthcoming sim racing campaign.

To build his own sim racing team from the ground up, Romain has collaborated with Triple A e-Sports, a proven and respected sim racing technical partner that has Grand Prix winner Olivier Panis as part of its management team.